Mike Maggio grew up in Buffalo, NY, though he's lived in Cranford for 20 years. After leaving the corporate world and successfully opening Tree City Vodka with a partner, Mike felt that the time was right to open a business on his own. His goal was to bring some of his old hometown to his new hometown, and the concept for the restaurant Little Buffalo was born. 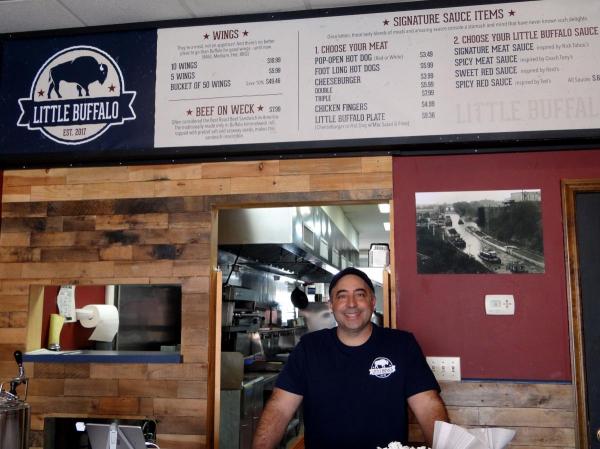 The menu is a true representation of Buffalo cuisine and includes the dishes that the area is most well known for. It starts off with chicken wings, a dish that Mike has cooked for years and which he insists "are a meal, not an appetizer." Customers can choose the level of heat they want. Also on the menu are hot dogs, made by Zweigle's in Rochester and imported by Little Buffalo. Every meat dish (from hot dogs to cheeseburgers, chicken fingers and the Little Buffalo Plate), can be topped with a sauce. The sauces are inspired by different beloved restaurants in the Central New York area, including Nick Tahou Hots, Reid's, and Ted's Hot Dogs. 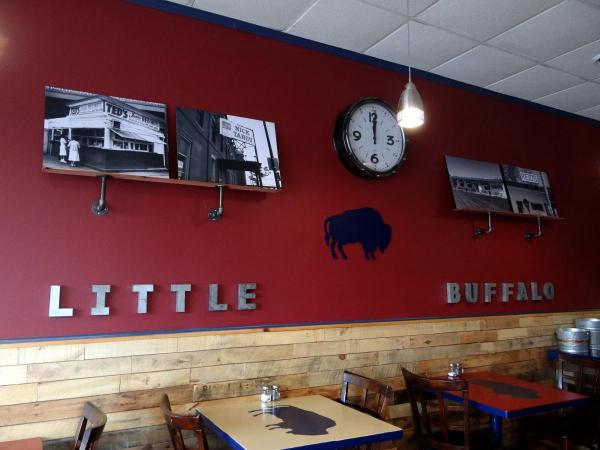 One of the dishes that Mike knew he had to offer at Little Buffalo was Beef on Weck. This regional dish consists of roast beef, horseradish and au jus, served on a kimmelweck roll. The kimmelweck roll is what really makes the dish, as it's topped with pretzel salt and caraway seeds, and is unknown to most people outside of the Buffalo area. In a happy twist of fate, Mike learned that the owner of Breadsmith is originally from Buffalo. She knew exactly what he was looking for, and now all of the kimmelweck rolls are baked fresh by Breadsmith. 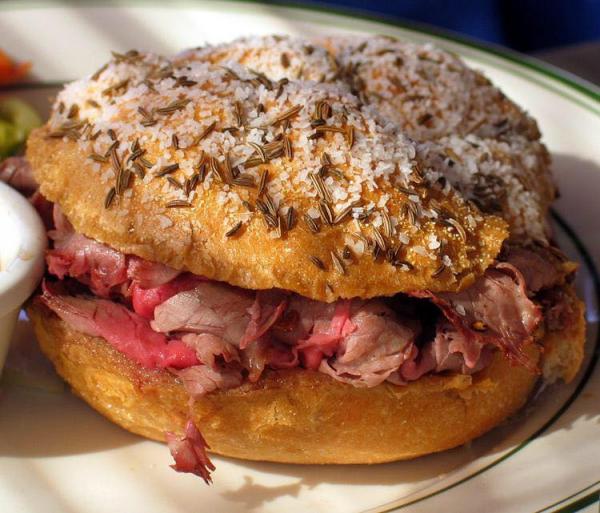 Before the doors even opened there was an outpouring of support and enthusiasm from the community. There are a number of Buffalo transplants in the area who miss the familiar foods from their hometown. And for everyone else, it's hard to argue with the appeal of chicken wings and hot dogs. Mike is confident in the ability of Little Buffalo to not only become a key part of the community, but to also enhance the town that he's grown to love.